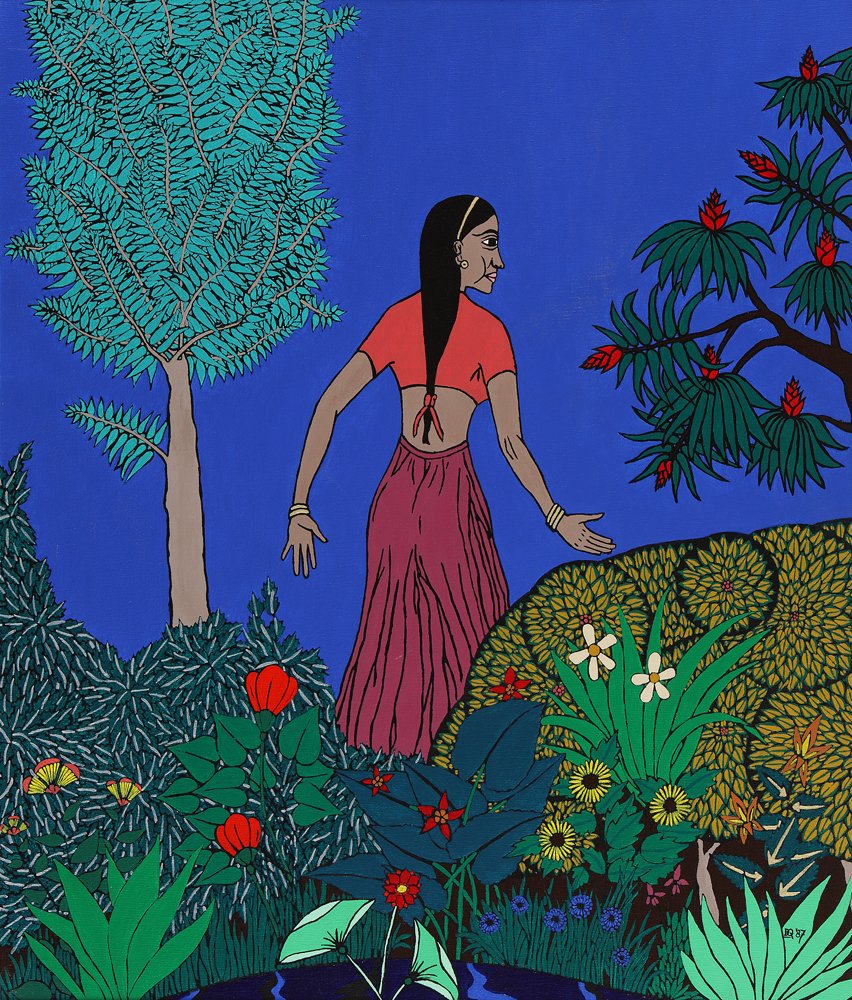 Some people just don’t know when to stop, and Sure Archer was one of these. He thought he was the most wonderful man in all the world, and would scare his wife half-silly trying to prove it day after day.

“Indeed you are my dear”, she would quake and await tomorrow’s display of his marksmanship, but all she really wanted to do was escape from the garden..

Well, shooting arrows at your wife’s head is not a way of buying love and adoration, respect maybe, but not fondness. For who knows when a husband might choose to have a bad day. So, of course, it wasn’t long before Sure Archer’s wife went to her brother seeking help and advice. Luckily her brother was a wise man and knew how to buy his sister some rest for a day or two. He told her just what to do and, more precisely, what to say the following day.

“Sssswwwissshhhh..”, went the arrow past her head as he cried, “am I not the greatest man in all the world?”

She plucked up all her courage and replied. “Actually darling my brother tells me there are greater men than you out in the world if you would only go to find them.”

Well, this had Sure Archer interested, men greater than him, well he never did, he must go to see if this miracle could really be true. He packed his travelling bag and pulled on a clean shirt and turned to kiss his wife.

“Thank you wife, I will go now to find these men, for amazing fellows they must be.” And off he went down the road and away.

Now it just so happened that there were other wives with wise brothers enjoying a few days peace and quiet. Before long Sure Archer’s path crossed with a giant of a man, all flesh and muscle he was. After Sure Archer had described his own greatness and told of his quest the massive man beamed a broad smile.

“Hello, my name is Wrestler, there is not a man in all the world who can beat me in a fight. Like you I am looking for a man greater than me.” So off the two new friends walked together on their miraculous search.

And believe me, or believe me not, before long they met another man who had a very loud voice.

“Hello, I am Roarer”, he said nearly breaking their eardrums, “no-one in the world can shout louder than me. Like you I am off to find someone greater than me.”

Well you’ve guessed, off went the trio to soon become four. For before long they met a tall willowy athletic fellow cavorting on the pathway ahead.

“Hello, I am Tumbler, I am the greatest gymnast in all the world. I, too, am in search of someone greater than me, I will join you.”

Well they walked on and on through the day, after all this must be a long and difficult task they were upon. So as night fell and they saw a house they decided to see if they could find a bed for the night.

An old man answered the door and listened with interest to their stories.

“Well”, he said, “you are lucky men indeed. I am Deep Thinker, and I am greater than you all. Stay the night by all means, be my guests.”

Deep Thinker showed them to a room with four beds and invited them to make themselves comfortable, but comfortable they were not.

“This old man can not be greater than me.” They all said together as one. “We must put him to the test.”

And that night they made a plan and put it into operation. In the dark, black of night they slipped out of their bedroom window. Wrestler went down to the seashore to fetch a massive bolder, which he dropped outside the house blocking the door. Sure Archer let loose an arrow through the window into Deep Thinker’s room, it went twirling and curling through his hair pinning his head to the pillow. Roarer let out a mighty bellow while Tumbler took a mighty leap over the house with a sound like the rushing of a whirlwind.

“There!”, they said, “the silly old fool will think he is paralysed with fear and a massive Demon has eaten his house.” And with that off they went to their beds.

But, of course, Deep Thinker was wiser than them all. He felt for the arrow and untangled his hair as he pulled it from the pillow. He climbed from his window and looked carefully at the bolder at the door, he saw the sand and salt clinging to its surface. He climbed in at his guest’s window, he saw Tumbler’s leg muscles as tight as Sure Archer’s bow string after his leap, he counted Sure Archer’s arrows, saw the salt on Wrestler’s hands and the sand on his feet, then he saw the foam on Roarer’s lips and at the corners of his mouth. He knew all.

The four great men arose early from their beds and went to see Deep Thinker thinking he’d be quailing, frightened out of his wits. Well, just imagine their surprise on seeing his smile.

“Wrestler,” the old man said, “please move than bolder from my door or I shall not be able to fetch eggs for our breakfast. Your friends are in need of food after their night’s work. Roarer was up making a fearful din while Tumbler was jumping the house and Sure Archer was taking some target practice, or was it hair dressing. Here I have his arrow to return to him.”

The four fell to their knees. “You are the one who is greater than us all”, they cried.

“Ah!” said Deep Thinker, “it is not I that is greater but the power of thought. Now you know of its power you all will have learnt that no man is greater than any other, because all have their skills.”

Sure Archer met his wife at the gate and was quick to say he had learnt his lesson.

“Wife I now know, there are many men who can do great things, but the greatest of all men is the man who can see the worth of his fellows.”

And Sure Archer’s wife certainly did live happily ever after. With never another arrow plucking flowers from her hair she could enjoy her garden’s blooms in all their true beauty.