How Ganesh got his elephant head 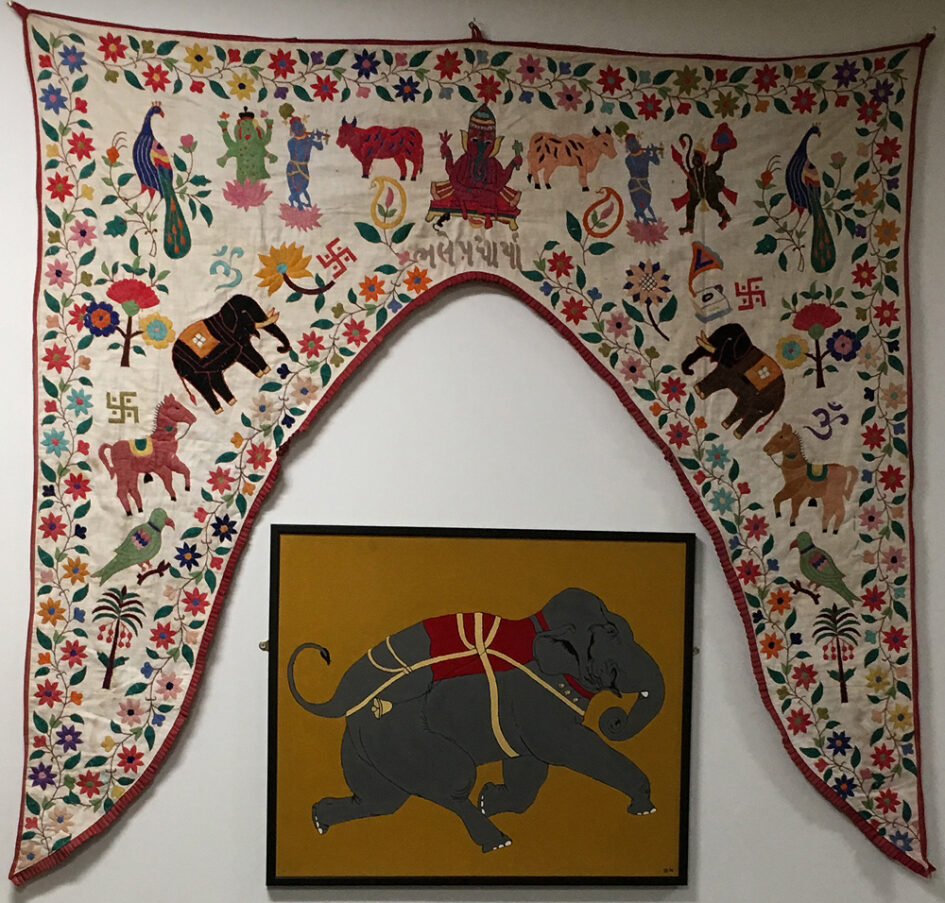 How this story was created…

A Storyboard Workshop for Tamworth Library Services in 1991.

The workshop began with Dez telling the story of Ganesh, then the whole class agreed a storyboard which encapsulated the tale. Actors, production directors for the eight tableaux of the storyboard, artists to make scenery, a wardrobe team, props manufacturers and make-up artists were chosen fairly much at random when eager volunteers raised their hands. Then a creative maelstrom broke out interrupted only by morning break. Believe it or not by Midday everything was ready for the tableaux to be set up by the directors and then photographed. The children had the pictures in their hands and before lunch agreed on captions. One morning and the story was theirs!

See what happens when you replicate the workshop. Even on that far off day the props were all made from the contents of recycling bins. How would you make an elephant’s head?

Lord Shiva – The Destroyer, is often portrayed sitting in the lotus position on a mountain high in the Himalayas meditating. He sits on animal skins, his trident and begging bowl nearby. His hair is matted and piled high on his head, his skin is smeared with ashes. He wears the skin of a tiger or elephant around his waist, and snakes wind their way around his chest and arms.

He has a third eye usually shown in the centre of his forehead, which has great destructive power. He is often pictured with the river Ganges running through his hair. He has a blue (sometimes purple) throat, occasionally this is pictured as just a spot. He can be seen in many statues in the centre of a circle of flames dancing on the back of the dwarf of ignorance.

He has four arms, in one hand he holds a drum, in another a flame, the third hand gives blessings and with the fourth he points to his feet.

His vehicle is Nandi, the bull, usually seen with a look of bliss on his face.

Shiva is one of the Hindu trinity of three major goods together with Vishnu and Brahma and is one of the most worshiped of all Hindu gods.

Parvati – is a kind and gentle goddess, wife of Shiva. Parvati means ‘from the mountains’. She is pictured as a beautiful woman and her vehicle is a lion.

Parvati is just on aspect of the Devi (goddess deity) where Shiva’s wife is personified in different forms each to portray a separate aspect of her nature. The most famous of her forms is Kali who represents death and disease.

Ganesh – The Elephant-Headed God, is a good-natured god who can be approached without fear. As a god he is the remover of obstacles. Usually shown as short and pot-bellied with four arms he carries a bowl of sweets, an elephant gourd, a water lily and/or a conch shell. His vehicle is a rat.

In August/September every year the festival Ganesh Chaturthi takes place to celebrate Ganesh’s birth. All houses will have a shrine with a statue (some people even have miniature shrines to Ganesh in their cars) and in public places massive effigies of the elephant headed god will be erected. Worshipers offer coconuts, fruit and flowers to their deity, many people will undertake a pilgrimage making offerings at as many of the public shrines as they can.

On the last day of the festival a procession is held where the statues are paraded through the streets. There is a carnival atmosphere as people rush to get Ganesh’s blessings symbolized by placing a pinch of red powder on the forehead: By the end of the day handfuls of the powder are being liberally scattered over everyone and rubbed into people’s hair.

The festival ends when devotees carry statues from their home shrines to the river. After saying a last prayer and anointing the statue with coconut milk they hire a boat to carry the statues out to deep water. The statues are sunk to the river bed while followers pray Ganesh will rise again next year bringing more luck and good fortune.

The elephant – who lost his head is, in some versions of this story, the great white elephant with four tusks Airavata, vehicle to Indra the god of heaven.