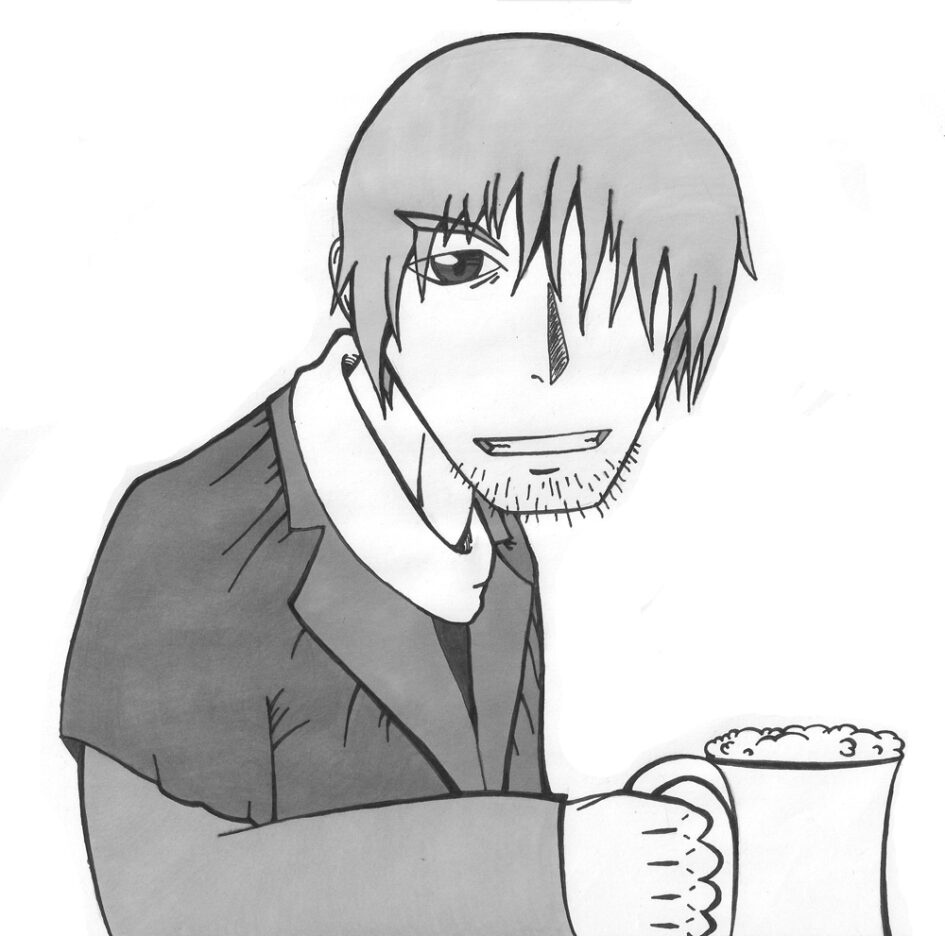 All the miners used to drink in the Wrekin Inn
and one cold, late night, one man tried to go home.
His friend tried to stop him by telling him a story.

‘Once there was a man called Jack.
After a night at the Inn he began to walk home.
He knew it was dangerous to walk home
this late. What if a Whist hound
(or even worse-Wild Edric!) caught him?
But he needed to get home to his wife.

Whilst he walked through the
Wrekin forest the mist rose.
He heard the Church Bells chime 12 …
… and whimpering!

He searched in the bushes and found…
a Whist hound! The fairy dog was huge
with savage eyes and wild, red fur.
Jack realised it wasn’t attacking him so he tried to see why.
He saw its paw was wounded so
he tore off his coat sleeve and used it as a bandage,
before walking slowly away.

The next week, Jack was walking through
the Wrekin forest again, and again the mist rose
and again he heard the Church Bells chime 12.
But this time he didn’t hear a whimper.

He heard a snarl. Jack looked up and saw…
a bear? No… a massive dog! It was Wild Edric,
leader of the Whist hounds!

At the end of the story, the drunk man laughed,
‘I’ll be fine then, Wild Edric’s gone!’
But the Storyteller warned him, ‘Wild Edric is a fairy beast.
He cannot die. I’m guessing you’ve never helped
a Whist hound either.’
The next week, the storyteller looked
for the drunk man, but couldn’t see him.
‘He should have listened’, the storyteller thought,
lifting his arm onto the bar, revealing a torn sleeve.

The Whist Hound is Wellington’s ‘Wild Hunt’ story, a type of tale told throughout Northern Europe. Jacob created the scenes in the pub to ‘frame’ the basic tale, which had been collected and written down in the mid-1800s.

You can find out more about making and using kamishibai here.