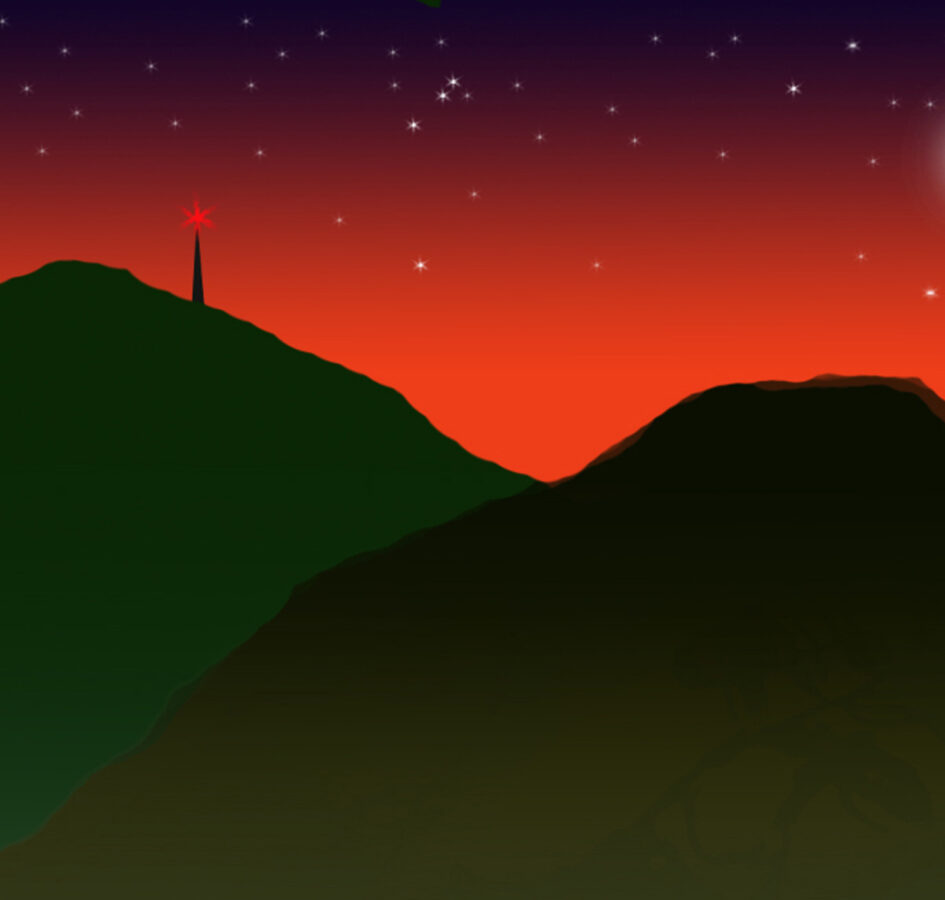 The two hills of Wrekin and Ercall
dominate the Shropshire skyline today.

But once Shropshire was a flat, empty plain.

Then along came two giant brothers,
they dug a trench and built a hill.
The trench filled with water
and became the River Severn.

But which brother
would have the hill as his home?
They fell to fighting.
Then Ercol threw his spade at his brother…

… His brother ducked,
And the spade cut the Needles Eye in the hillside.
Down flew a raven and pecked Ercol’s eye.
His tears formed a pool called the Raven’s Bowl.

Ercol fell down beside the hill.
His brother covered him with earth.
You can still hear him moaning today.
And the triumphant brother gave
his hill his name, Wrekin.

This is the lesser-known version of the making of the Wrekin, which also explains how the nearby River Severn was created. Joseph found a simplified version that had been collected in the mid 1800s at Shropshire Archives to use as the basis of this telling.
The better-known creation myth can be found here, and information about making and using kamishibai here.