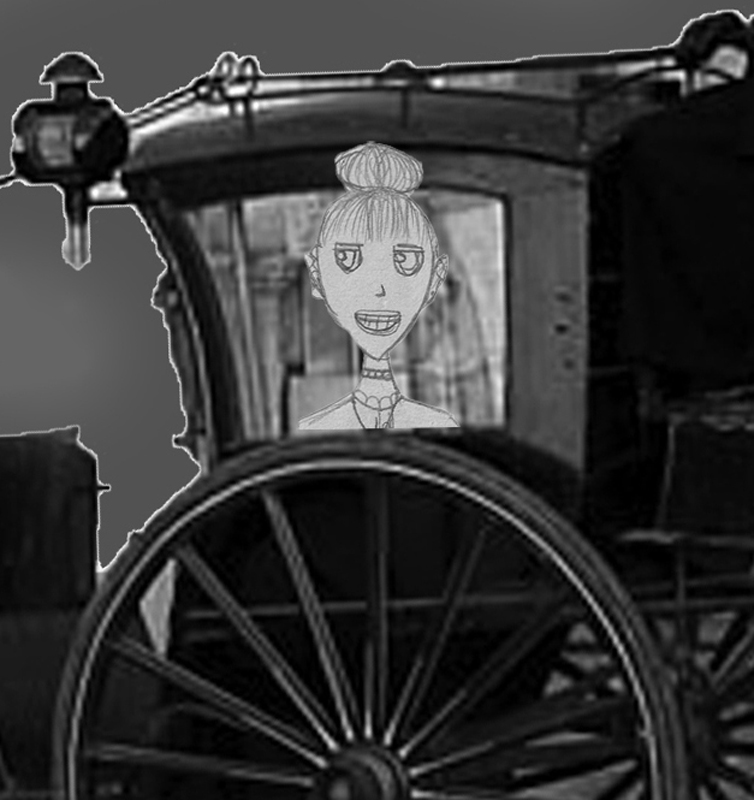 One foggy day Mrs Merrick
was riding in her carriage
into Wellington.

When one of those noisy,
new-fangled railway engines
thundered by.

The horse shied and
Mrs Merrick was thrown
from her carriage.

She landed on the railway lines
and couldn’t move.

Another engine was
approaching fast.

It was getting
closer and closer.

Mrs Merrick was rescued.
The Station Master took her
into his home until
she was fully recovered

This story developed from an old newspaper article found by Gracie during a visit to Shropshire Archives, which related how Mrs. Merrick of Apley Manor had been hurt in the first railway accident in Shropshire, The story was developed and told by Christina.

To make the kamishibai slides above, Christina scanned and merged images of the horse & carriage, trains and room she had found in a reference book on the Victorians, together with an iconic Station Master from a children’s book and her own drawing of Mrs. Merrick.

You can find out more about making and using kamishibai here.