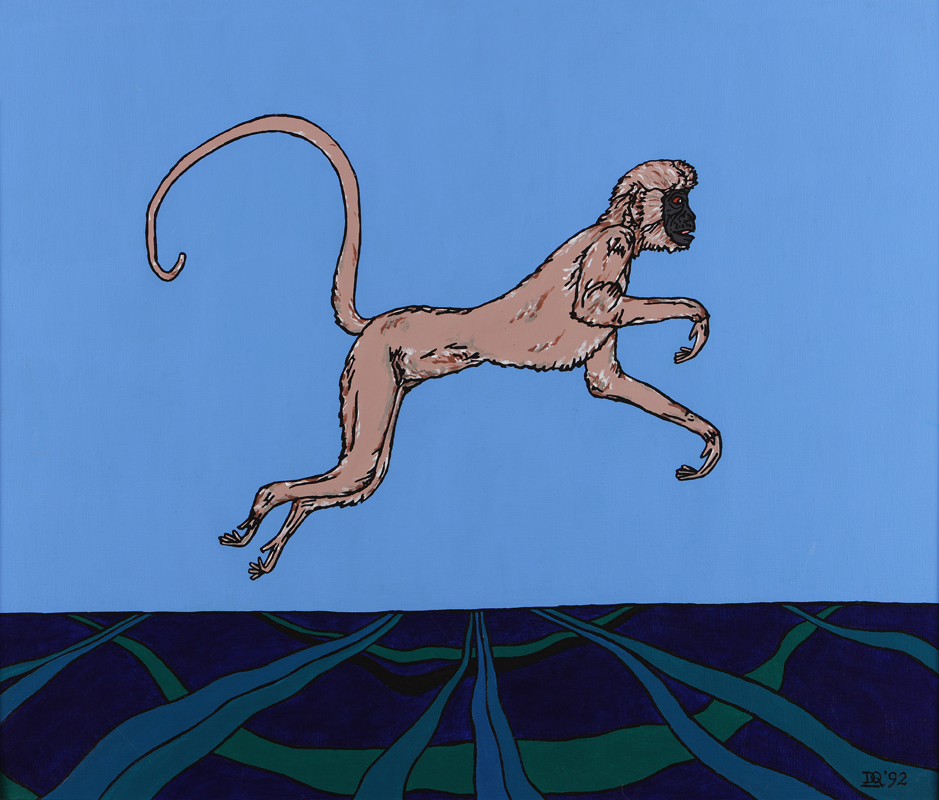 Groups of monkeys searched North, South, East and West for Sita and her captor, they were given one month, then to return with their news. Hanuman aiding the noble general Angada travelled southwards. Rama was so sure Hanuman would find Sita that he gave him a signet ring, the last of his finery; this would prove to Sita that Hanuman was Rama’s messenger.

Angada, Hanuman and their charges searched everywhere and found no clue, their time was nearly up. They stood on a beach exhausted when suddenly they noticed a cave. They called their band together and entered the dark cave, the further they went the lighter it became until the cave opened out and they found themselves in a miraculous world. In this paradise everything was ideal; they forgot their task and revelled in their new Utopia.

So idyllic was the cave they stayed too long and would be late returning home. Surgriva had threatened any monkey who did not return in his allotted time with death. They left the cave and didn’t know what to do. Angada feared for his life but Hanuman argued they should return and plead forgiveness. Filled with fear they sat on a cliff top overlooking the ocean and wept.

Along the cliff they were being watched by a vulture, so old he could no longer fly, his wings having been burnt. Angada saw him and thought him to be Jatayu’s ghost and cried out. The bird, hearing him, approached. He was Sampati, the brother of Jatayu, and he asked why they had spoken his brother’s name. They told him their story and he replied that he had seen Ravana last spring taking a beautiful lady across the ocean to his island home of Lanka.

Hanuman ran to the highest point of the cliff and grew to an enormous size and leapt miles across the ocean to land on the island of Lanka. It would fall to him to find Sita.

The Hindu faith has many gods, but is centred on a trinity – Brahma, Vishnu and Shiva. Most Hindus today belong to either of two main sects. In one Shiva is the main god and in the other Vishnu.

There is a third group, which is centred on the Devi (goddess) who may be described as Shakti, which is the strength and power behind all things in the Universe. She appears in many different guises representing all the different facets of human nature.

The word Hindu is believed to come from the river Indus. It was called the river Sindhu in ancient times, but the Aryan settlers could not pronounce ‘s’ and so called it the Hindhu. They later used the term to apply to all the land around the river and then the religion that was practised in the area.