Oshadagea, Bringer of the Dew 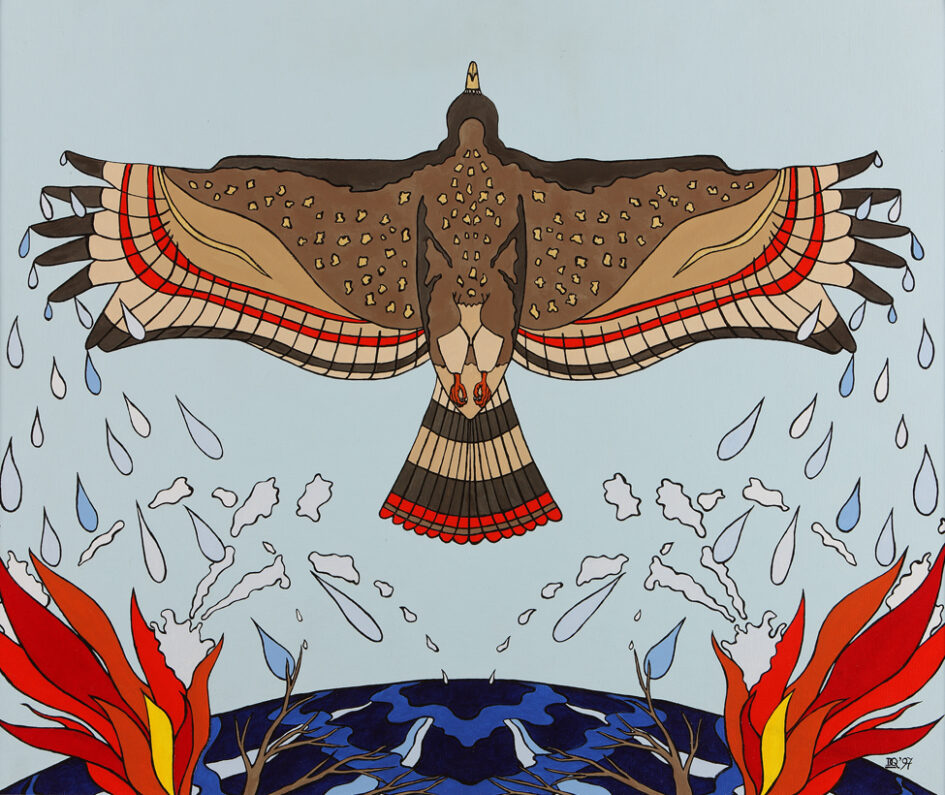 From high in the Western sky he comes
Wings outspread to touch the clouds
On his solid back he bears a lake of dew
From his wing tips, drop by drop, to refresh

A gift from the thunder spirit, guardian of the sky
Oshadagea flies with crisp wing beat over barren earth
The Bringer of the Dew has come
Never despair, neither fear nor despair
Renewal has come.

Try illuminating for yourself, you could decorate each letter in Oshadagea’s name. You can even experiment with a different style for each letter.

Oshadagea the eagle flies high in the air so we can only look up and see him from underneath.

Can you imagine what you would look like from a worm’s viewpoint? Draw your idea.

Can you write a short five line poem describing an eagle?

Use the five letters of the word ‘eagle’ as the first letters of each line. These sort of poems are called ‘acrostics’.

If you were asked to come up with sound effects for this painting what would they be? Can you think of five or more sounds which might accompany the image?

My Bark Canoe is an old Ojibway song, see if you can singalong if you cannot manage the Ojibway words there is an english version below it in See lyric…

In the still night,
the long hours through
I guide my bark canoe
My bark canoe
my love, to you

It is I, love,
your lover true,
Who glides the stream
in bark canoe;
It glides to you,
my love, to you