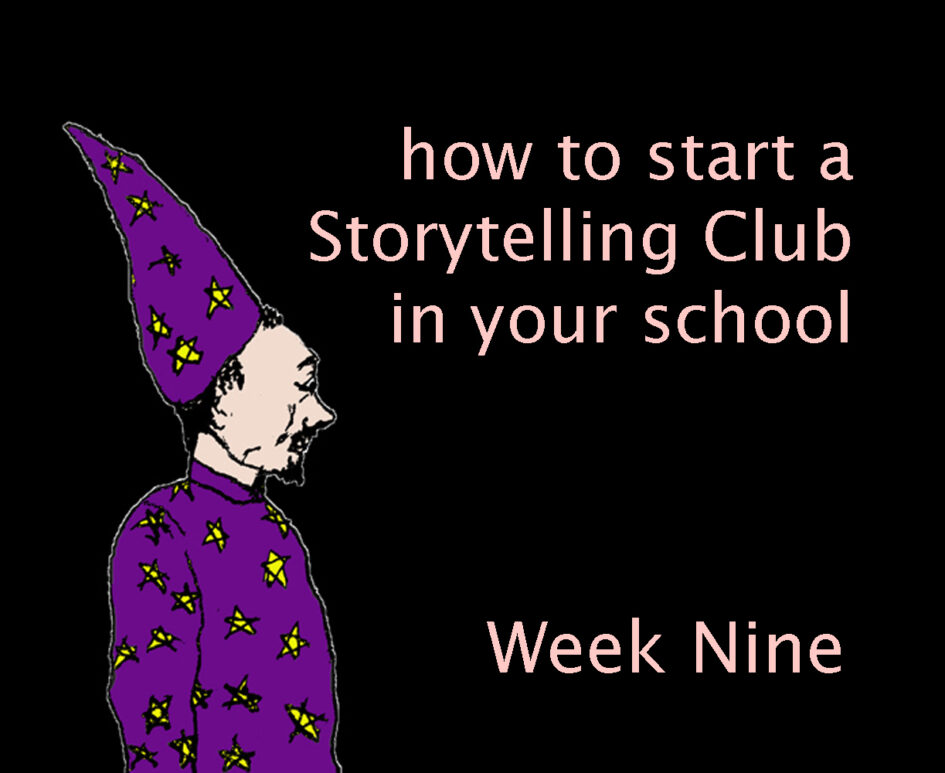 Very few people naturally speak in a monotone. When you start telling a story you will automatically put the highs and lows – the colour – in your voice.

Timing is about the speed the words come out of your mouth and about the lengths of pauses, between words, sentences and scenes. And you can only control this once you know your tale well.

Use timing to underline the narrative of the tale. A chase scene or gallop needs a regular rhythm which can speed up, a scene in a haunted house or ghostly wood needs to be told jerkily to reflect the sudden scares.

Normally when the story is told that phrase is said in a way that replicates the gait of a horse (or a goat!) trotting.

Try changing the timing of ‘Trit-Trot, Trit-Trot’ to create the sound of a goat with limp.

Now try having the goat pause a couple of times during the crossing, as if he was warily listening out for the troll.

‘Rickety-rackety’ creates a picture of a fairly unstable twisted structure. Try saying this in different ways to paint the picture of the bridge in the sound of the words as well as the meaning. Smooth and lilting makes the bridge seem to sway, staccato makes the bridge sound broken or made from uneven planks with gaps between.

Try out lots of ideas, then mix and match them to reflect different goats crossing different bridges in different ways. Are your pictures clear and accurate?

2. A chase scene or gallop

Sit round in a circle and each contribute a sentence at a time to build up a scene of a horse being ridden across open country. (eg: The wind in its mane, The thud of its hooves, The stones skittering under its hooves; the rider holding on tight, feeling the sun on his face ,seeing the ground flash by etc. etc. Make sure each contributor remembers their sentence.

Then repeat the same sentences, this time speaking rhythmically to imitate a steady canter.
Then again, this time speeding up to a gallop and slowing down to a walk
Now try to build this into a description of a hunter on horseback tracking, encountering and finally chasing a stag across open ground and into a dense forest.

We hope all your stags escaped the hunter’s bow.

Sit round in a circle and each contribute a sentence at a time to build up the scene (eg: The squeaking floorboards, the creaking doors, the feeling of cobwebs against your face, the wind moving the curtains) . Make sure each contributor remembers their sentence.

Then repeat the same sentences, as smoothly as possible.
Try this again, ‘jerking’ the sentences to emphasise the frights.
Build this up to describe someone journeying through the house, at first confident then more and more fearful.

Use timing to help the audience follow the story.

Pause slightly before saying a character’s name for the first time, or using an unfamiliar word.

Pause slightly before a firework moment, so they are all focused on you when you tell this important part of the story.

And remember; always leave space for laughter rather than trying to talk through the audience reaction.

Now you know a little about timing, experiment by telling your favourite jokes.

Get into twos and each tell the other a joke.
Give feedback to each other on pauses and phrasing.
Swap partners and tell the joke in a way that tests the feedback. Did this give the joke more impact?
Keep swapping partners until you have found the optimum way of telling your joke, or until the joke isn’t funny anymore.

If anyone thinks they haven’t got a joke, there are plenty to be found on-line or in the joke-book in the school library.

Use timing to help the audience hold the tale

5. Practise with call and response

Some phrases to try:

‘Fee-foo-fi-fum, I smell the blood of an Englishman’