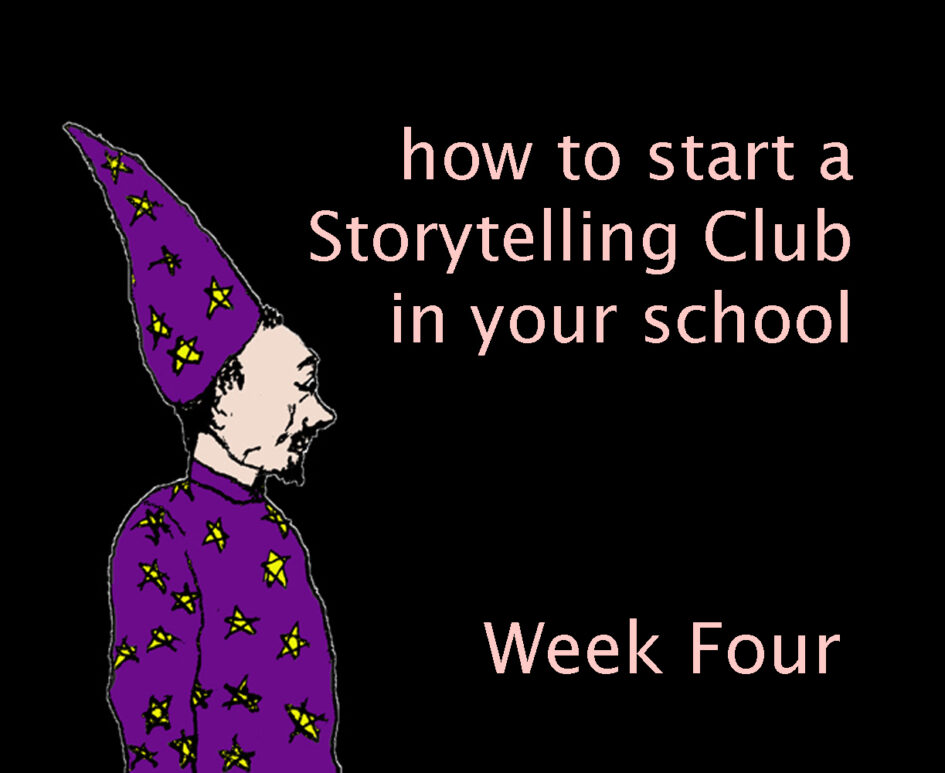 A storyteller can be a narrator, but most good storytellers mix between narration and giving the characters in their stories a voice with reported, or first-person, speech.

The joy of first person speech is that you can give your characters accents, or imply their age, sex, social status and other attributes. This helps paint a fuller picture for your audience.

A dialogue between characters can help set the scene, reflecting everyday conversations the audience will quickly recognise and relate to. Eg: domestic kitchen-table chatter, asking directions from a stranger.

Traditional stories often have repetitive scenes and using repetitive speech helps emphasise these patterns. Eg: when three brothers set out at different times and each meet the same character.

Also changing from one stylistic form of delivery (narration) to another (description or speech) helps refocus the audience.

(1) Choose a character in a well-known tale, eg:
Goldilocks in Goldilocks & The Three Bears
The Wolf in Little Red Riding Hood
The Wolf in The Three Little Pigs
The Eldest Ugly Sister in Cinderella

(2) As a group go through the story, speaking out loud for the character what they are thinking and feeling as the story unfolds.

Eg: Goldilocks ‘I know I shouldn’t go in here, but there’s a lovely smell of porridge and the cottage does look cosy. And anyway no-one will know’

And this one practises moving from narration into speech:

(2) As a group discuss the scenario and how it can be built upon. Eg: It was the night before Christmas, and Santa was getting worried…….

(3) In pairs, create a short story with the joke as the punch-line.

This is a very simple version of a story known as ‘Long Fingernails and Red Ruby Lips’. There are many different ways of wrapping up what is essentially the same joke and you will find quite a few written versions and some videos on the internet.

Let the group develop the dialogue in each of the settings. The most important thing is making the story believable by drawing on real-life experiences that the group has had. Everyone has bargained and pleaded with their parents to stay up a little longer.

Part 2 – creating the mystery
Mary is in bed and hears tapping at the window
She thinks up several things it could be, but …
Eventually just has to go and see

Part 3 – the horror
There is a face at window.
The creature holds up its hands and says:
‘Mary, Oh Mary, guess what I can do with my long fingernails and red ruby lips’

Part 4 – facing the fear
She decides she must get up and go to window
She confronts the creature
‘So, what can you do with your long fingernails and red ruby lips’