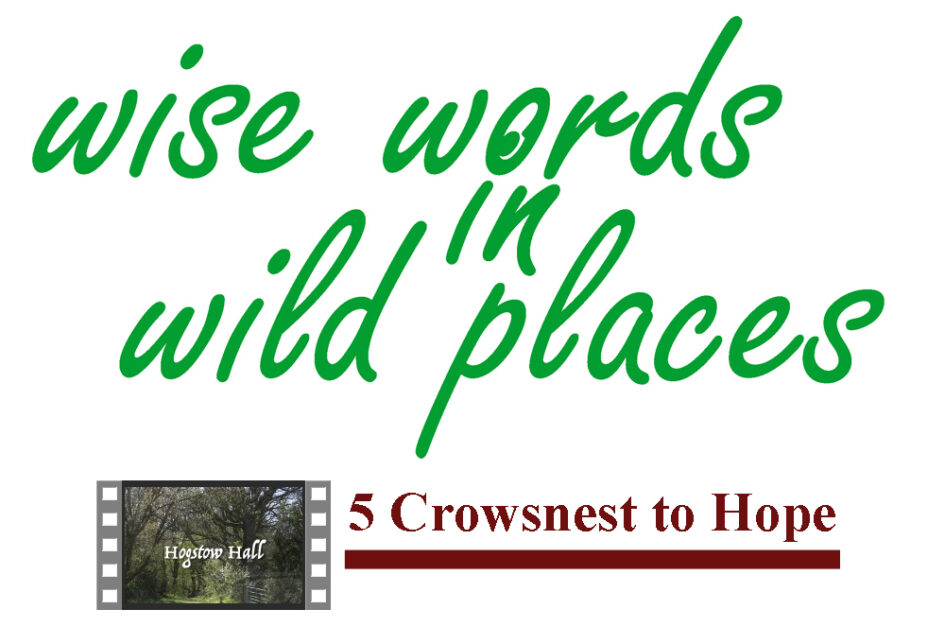 Storyteller Sal Tonge tells the stories of “Hogstow Hall” from the Shropshire Hills, film by Piece Of String Media

Here’s a link to a walk that includes the Crowsnest to Hope stretch covered in Sal’s Story. We suggest either (1) starting at Stiperstones Inn and using the short cut for a circular walk, or (2) parking at the layby at Crowsnest and walking the route down to Hope past Hogstow Hall and returning to make it a there and back saunter. Follow the link below for the details you will need for a visit and a downloadable walk leaflet.

Find out more about Storyteller Sally Tonge at http://sallytonge.co.uk/

Can on-line viewers become active listeners and experience the essence of a storytelling performance retaining their ability to build unique pictures in their heads?

We commissioned Shropshire Storytellers to record audio versions of site-specific tales at some of Shropshire’s beautiful wild places. The different tellers brought a variety of experience, techniques, styles and voices to the ear. These became soundtracks for films evoking location, Piece of String Media produced the first five using filmed footage from the sites, the final four were created using maps and material from Shropshire Archives. Number 6 in the series of 10 was an imaginative animation by Neda Ahmadi of a telling by International Performance Storyteller Clare Murphy.

Artist Andrew Howe was commissioned to design leaflets with QR codes accessing the on-line films to be distributed throughout the County and beyond; a gateway for anyone to experience Shropshire’s Wild Places in a powerful artistic presentation and a spur to small-scale tourism in environmentally-sensitive landscapes.

There was a series of five socially-distanced storywalks; jointly led by a storyteller and an ‘expert’ on the sites’ unique environment. Attendees with sketchbooks will record their impressions of story and place.

And artist Joseph Scrobb produced a sketchbook evaluation chronicling his response to the stories and the films. This work was exhibited together with other project sketchbooks in Shrewsbury’s Castle Gates Library, in September 2021 allowing the public to examine the evidence of whether Wise Words in Wild Places answered that fundamental question…

Can on-line viewers become active listeners and experience the essence of a storytelling performance retaining their ability to build unique pictures in their heads?

Watch this film above and tell us what you think.