The Story of Manu 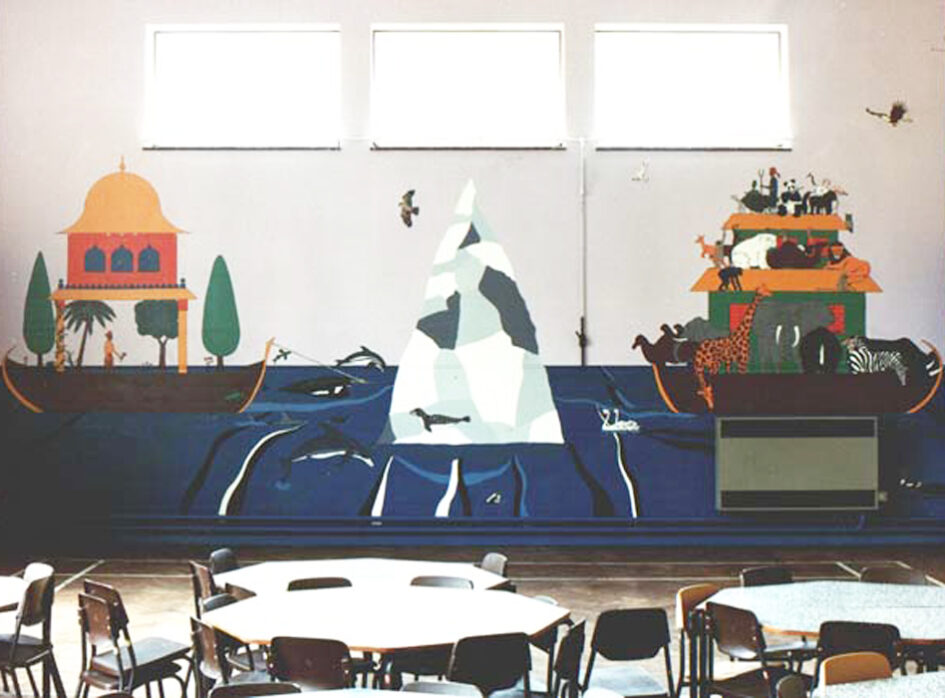 A long, long time ago there lived a wise and holy man named Manu. He had lived to a great old age, devoting his life to religious disciplines in his hermitage in the forest.

One day as he sat praying by a river that flowed close to his dwelling a small fish called to him from the waters.

“Manu, help me. I am but a poor, helpless fish who finds himself at the mercy of the larger fish and creatures who would make me their prey. Protect me and your reward will be great indeed.”

Manu took pity on the tiny fish. He took it carefully in his hands and placed it gently into a puddle close to his hermitage, vowing to protect it from all its foes.

Manu tended to all the fish’s needs and soon it began to grow.

In fact, the fish grew so much that Manu needed to transfer it from the puddle into a small pool.

The fish continued to thrive under Manu’s care and before a year had elapsed the fish had outgrown this pool. Manu transported the fish with great care to a pond nearby and continued to look after his charge.

When another year had passed the fish’s increased size meant it was unable to play in its pond but needed new, and larger, surroundings.

Manu needed all his great strength to take it to a new home in a lake.

In time, this fish outgrew its new home and posed Manu the task of transferring it to the mighty river Ganges.

The story does not end here; still the fish grew, until one day it swam to Manu and cried out to him. “O noble one, I have grown too large for even this mighty river, pray guide me to the ocean where I may dwell in comfort.”

Manu took the great fish to the ocean and the fish turned to him, with what could even have been a smile, and spoke again.

“Manu, the time has come for me to tell you all. I, of course, am no ordinary fish but your Lord Vishnu. A fearful flood is to come to cleanse the earth of all its evil and all living things will be destroyed. You must return to your hermitage and build a mighty ark, and listen very carefully, you must tie a good strong rope to the prow of your craft.

When the rain falls and the waters begin to rise you must take on board all the seeds of all the plants on this earth and stow them away with great care. You must then, as your craft floats upon the torrent, wait for me, for only I can act as your saviour. I will come to you and you will recognise me by the horn upon my head.”

Manu wished farewell to the great fish, saying, “O noble master, I shall go immediately and do your bidding.”

Sure enough the storm clouds gathered and rain and floods came to the land. Manu boarded his ark, which rose and fell on the swollen waters.

As the massive boat drifted listlessly on the all-enveloping waters Manu thought of Vishnu and, as if by magic, the mighty fish appeared before him.

On its head it bore a long and graceful horn as the noble Narwhal. Manu took up the rope and knotted the end into a noose, which he cast out over the sea and onto Vishnu’s horn.

In the form of this mystical creature Vishnu towed Manu’s ark across the watery wastes until they spied, in the distance, the one high peak whose head breached the endless ocean. The ark was beached upon the rocky outcrop and Vishnu disentangled himself from the rope and called to Manu.

“Manu you have been saved from the flood. It is now your task to go about creating all things anew. With my power and blessings create gods, humans and demons, till the soil and plant your seeds, refashion all the creatures of this world.”

With this the fish was gone and Manu was enabled to return the world from chaos to order.

The Manu & Noah Mural adorns the dining room at Crowmoor Primary School in Shrewsbury. It was painted under the guidance of Dez Quarréll in the late 1980’s. But who painted it?

It was painted by every child in the school; nursery, infants and juniors. Every teacher, every ancillary, the school meals staff, the caretaker, the cleaners and playground assistants all took up their brushes. That is probably why it’s still there today.

The pictures illustrating the story were created by pupils from Stokesay Primary School as the result of a Mythstories workshop detailed on the “The Artist” on The Mouse That Grew.

Gods are angry with people.

They are going to send a flood to punish them.

But without people the gods will have no one to rule. So they pick a good person to be the flood survivor and let them into their secret.

The survivor builds a safe place or leads his people to a place where they won’t drown.

Along comes the rain and the flood.

Everyone drowns apart from all those invited into the survivor’s safe place.

Sooner or later the rain stops and the flood waters start to go down.

Use this recipe to write your own flood myth.

Floods are real wet events. Think of ten words used to describe wetness. Put them in order, wettest at no. 1, least wet at no. 10. You’ve made your own ‘Top of the Plops’.

Some Things are Obvious

Drink thy milk,
Leaving none in the cup.
Then, my lisping one,
Go then to sleep.