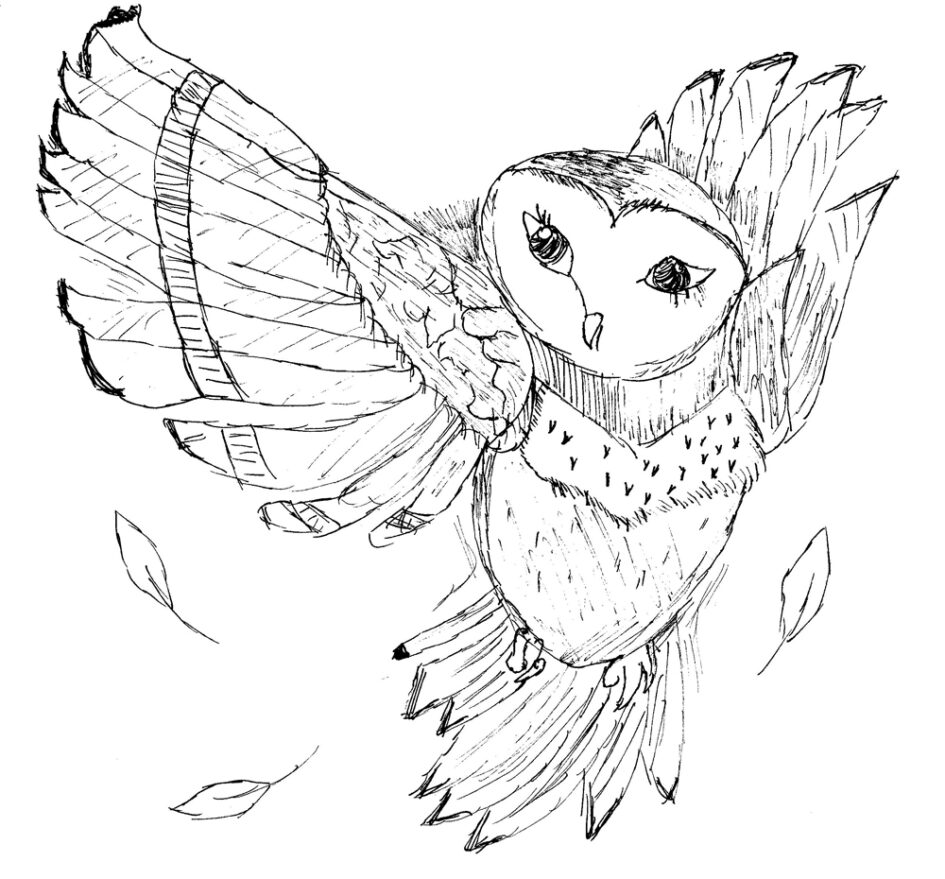 How the story was created

This story is based on an incident which occurred near Shifnal, Shropshire.

Shannon (the storyteller) found a paragraph mentioning the incident in a copy of the book ‘Shropshire Folklore’ (first published in 1883) held at Shropshire Archives.

‘About the year 1870, a certain woman who lived near Shifnal, a respectable cottager, unmarried and elderly, was taken ill; and a neighbour sat up with her overnights. The moon shone; there was no curtain over the window, and during her vigils the neighbour more than once saw a large white bird fly to and fro just outside, and even dash against the panes. Some would have thought it merely an eccentric owl; but the woman knew that it was a Death Bird and that her friend would die. The invalid, however, was still strong and hearty and was moreover a good shot. She got out of bed, took the loaded gun she always kept by her, opened the window and fired at the retreating bird; which notwithstanding came back again, while she it was that died. Died of and in that very illness, not of cold caught at the open window. The bird’s coming was a true omen’.

Shannon drew out a story map, plotting the main incidents. The appearance of the Death Bird at the bedroom window was crucial, so Shannon built up to this climax in a very traditional way, by having three separate sightings, the bird coming closer on each occasion.

Shannon then decided how the characters, the neighbour and the old woman, would interact. She developed their characters and gave them names.

The video was recorded in the library, and is a telling to just one person.

Shannon decided to make a Kamishibai (Japanese story box) to share the story. She encapsulated the tale in six paragraphs, then created an A4 picture for each of the paragraphs. She needed to make her pictures fit the date of the story, so continued to research in the archives and online for old photographs and illustrations of the interior of Victorian cottages and clothes, together with a close-up of an owl and a gun. She drew her own versions of the interiors and the characters. Shannon then used photoshop to create the pictures, overlaying ‘transparent’ drawings of the owl, the rifle, Maisie and Maggie onto the interiors.