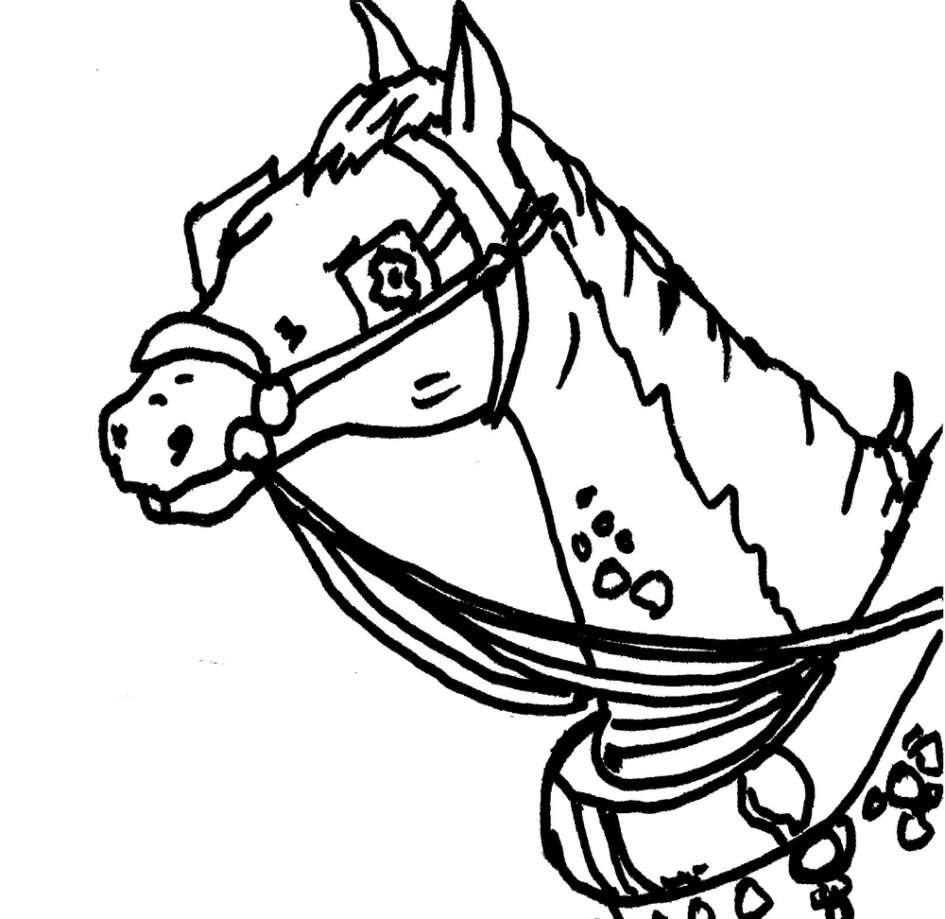 What would the horse like to pull up the hill?

The cart loaded with sacks of leaves because it will be much lighter and easier to haul up the hill.

Your ticket shows you have paid for your journey.

Sometimes you can keep your ticket after your journey and take it home.

Make your own collection of tickets. Stick them into a book. Looking at them will remind you of the places you have seen.

How water made the Cliff Railway work.

Get two plastic cups. Get an adult to help you make two holes on opposite sides of the rims of each. Thread a piece of string through the holes, so you have a cup at each end of the string.

Hang the cups either side of the soap rack over the bath, so one dangles either side. (If you haven’t got a soap rack a broom handle balanced across the bath will work.)

That is how the Cliff Railway used to work. It had a tank for water on top of each of the coaches. The two coaches were connected together. When the one at the top had its tank filled with water it would go down and pull the bottom coach with its empty water tank up.

Sing Along With Duck
Jim, The Carter Lad

My name is Jim the carter lad
A jolly lad am I
I always am contented
Be the weather wet or dry
I crack my fingers at the snow
And whistle at the rain
And I’ve braved the storm for many a day
And can do so again.

My father was a carrier
Many years ‘ere I was born
He used to rise at daybreak
And go his round each morn.
He would often take me with him
Especially in the spring
When I loved to sit upon the cart
And hear my father sing.

Its now the girls all smile on me
As I go driving past
The horse is such a beauty
As we jog along so fast
We’ve travelled many weary miles
But happy days we’ve had
And there’s none can use a horse more kind
Than Jim the carter lad.

Now friends I bid you all adieu
Tis time I was away
I know my horse will weary
If I much longer stay
To see your smiling faces here
It makes me feel quite glad
And I know you’ll grant your kind applause
To Jim the carter lad.

There’s more than one way up.

You can go up by the Cliff Railway.

This is the Cliff Railway Station.

You can go up by the steps.

How many can you count?

You can walk up the Cartway.

Did you need to stop half way up?

On your way up the Cartway can you find this notice?

What do you think it would be like living in a cave?

The town of Bridgnorth in the south-east of Shropshire lies where the A458 Shrewsbury to Stourbridge road meets with the A442 Telford to Kidderminster road. The town is probably best known for being the terminus of the Severn Valley Steam Railway. There is no modern rail service. Buses are frequent, click https://www.arrivabus.co.uk/midlands/bus-travel-in-bridgnorth for further information.

Bridgnorth is a bustling town with all amenities.

Now if you’ve ever been to Bridgnorth you’ll know just how steep the hill is that leads from the low town to the high town. Walking up that hill is bad enough, pulling a weight up it is an awful task, and trying to drag a load up that hill when there’s a witch trying to frustrate you, well that’s just too much.

In the old days, years and years ago, when carters came to make deliveries to the castle, they took one look at the hill and gulped. They drove their horses for all their worth up the hill past the caves but no matter how hard they tried the horses would stop half way up the hill, right next to a cave where a little old lady lived.

Well you might think that was just a co-incidence but the carters didn’t. This old lady was a funny old crone, a real loner. She dressed all in black, had a hooked nose and a croaky voice that sounded like a rusty hinge. Those carters started talking and tongues started wagging, word went around that the old lady was a witch and she was hexing the horses, freezing their hooves and not letting them by.

What do you do when faced with a witch a-spelling you? Do you tie her to a ducking stool? Well, maybe not. Who knows what revenge she might exact. Do you give up and run away? Not if you want to make money on your load. It was cash on delivery after all. All that’s left to you is to swallow hard and knock at the witch’s door and try to make a bargain. And that’s exactly what the carters did.

To start with they offered the old lady money, but no she said that wouldn’t do.

“What do you want?” they asked, “We’ll give you anything, just ask.”

She didn’t hesitate, quick as a flash she said. “I want half your load.”

So, dear reader, the carters went back to their carts and took half the load and gave it to the old lady and miraculously their horses began to move, albeit slowly, up the hill again. It was definitely magic, they thought, the old lady had lifted the hex. Now they knew she was really a witch and they’d not been mistaken.

There was never any quibbling; the old witch became a rich witch who always lightened every carter’s load.

But before we end there is a postscript to this tale that maybe we ought to tell. After a long happy old age the old lady died, but her hexes obviously lived on. Those carters’ carts still stopped half way up the hill next to her cave. The carters were amazed but in the end they found a way around their problem, they left half of their load at home. After paying that fitting tribute to the grand old dame she let them pass all the way up the hill to the castle. Honour was satisfied.

So if you are planning a visit to Bridgnorth, just you remember, travel light, leave half of your luggage at home.

What’s left of Bridgnorth Castle The market town of Bridgnorth is divided in two, not only by the River Severn which runs through it, but more dramatically by the valley’s sandstone cliffs, 100ft high. Bridgnorth’s Low Town and High Town are linked by a choice of routes: there are seven sets of steps, a funicular cliff railway and the Cartway – the steep sloping street that is the subject of our story.

In the seventeenth century – when most goods moved by river and the River Severn was amongst the busiest waterways in Europe – Bridgnorth was Shropshire’s main port and had three dockyards where barges and frigates were built.

We suggest you start at the Severn Park in the Low Town. There is a children’s play area, where children can ‘let off steam’ after the journey to the town, picnic sites and places to eat nearby.

From here you can make your way into the High Town – and the easiest way to do this is by the cliff railway (there is a charge per person) click https://www.bridgnorthcliffrailway.co.uk/. This is an experience not to be missed; there are very few cliff railways in the country. Bridgnorth’s will take you up 111ft (37m) in a 201ft (37m) journey. You can return to Low Town later via the Cartway to see the site of the witch’s cave.

The Cartway is a very steep hill, the route taken by carts and wagons between town and port. The buildings along the way were shuttered, to protect windows from being broken by jostling horses. Six to eight horses were needed to pull a stagecoach up the hill. Just below the Wesleyan Chapel is the house where the last donkey-man in Bridgnorth once lived. The donkeys were stabled out in the back yard and he would lead them to work each day through his living-room out onto the Cartway. And of course there are the caves. Although these are now bricked up, their outlines can be clearly seen. They were indeed homes for many families until the mid-1800’s.

On a spur of hill in the centre of the town is Bridgnorth Castle – or rather the Norman keep tower, all that now remains. It is well worth a visit. The tower leans at an alarming angle, allegedly resulting from attempted demolition after the Civil War. The surrounding formal castle gardens give fine views over the River and railway and much welcome seats!

For information on the Severn Valley Railway go to https://www.svr.co.uk/.