The Chickens of Chirk Castle 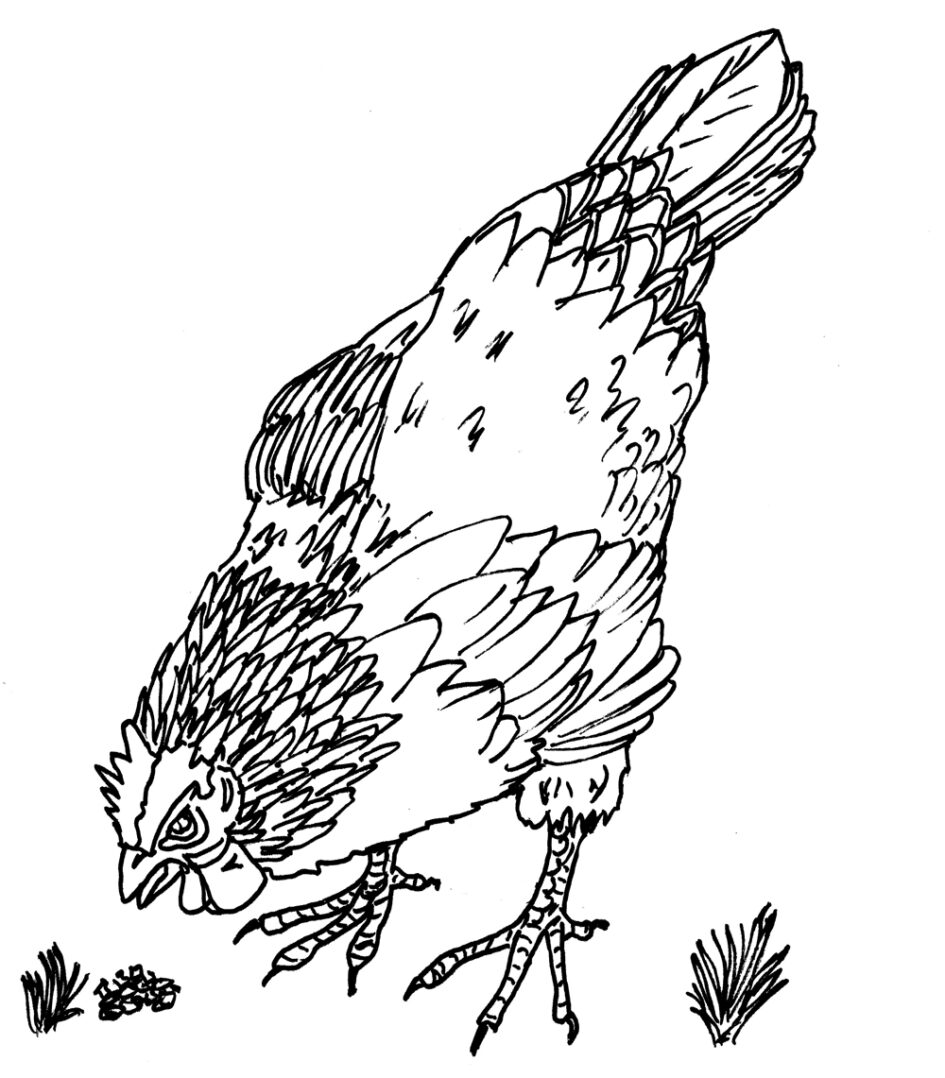 Why do the bridges at Chirk have arches? Try this experiment…

Put two shoeboxes 15cm apart. Make a ‘bridge’ from a flat piece of plasticine and use it to span the gap between the shoeboxes. Count how many wooden bricks you can pile on the bridge before it starts to sag.

Then rebuild your ‘bridge’ but this time put arches of corrugated cardboard underneath the plasticine. See how many wooden bricks you can pile on the bridge until it starts to sag.

How Many Eggs Do You Eat A Day?

Eggs are very useful. They are in lots of the food you eat – biscuits and cakes and sometimes pies and sweets. Draw a picture of each type of food you eat in one day. Colour the food yellow if it had egg in it.

Sing Along With Duck
On Mondays I Never Go To Work

On Mondays I never go to work
On Tuesdays I stay at home
On Wednesdays I never feel inclined
Work is the last thing on my mind
On Thursdays it’s a holiday
And Fridays I detest
It’s too late to make a start on Saturday
And Sunday is the day of rest.

There is a footpath through the tunnel.

Be careful. Make sure you take an adult with you.

Take a torch, it is very dark.

Can you see the light at the other end?

Walk over the viaduct.

Keep away from the water and hold on to the railing. It’s a long way down.

Chirk is a small town on the B5070, just off the A5 between Oswestry and Llangollen. There is car parking in the town. Chirk has a train station on the Shrewsbury /Chester line with a two-hourly service (not Sundays). For bus information click https://bustimes.org/localities/chirk. Chirk Castle is just outside the town.

Chirk Castle is a National Trust property with fine gardens with wonderful sculpted bushes, a tearoom, gift shop and toilets. Most children will enjoy seeing the castle dungeon so don’t miss this. There is an admission charge to the property. For details of opening hours, admission charges and special events click https://www.nationaltrust.org.uk/chirk-castle.

Have you ever seen any chickens at Chirk Castle? No? Well you wouldn’t have, there aren’t any but back in the old days you could have found the finest brood of prize fowls that ever you could hope to meet.

The Lord of the Castle loved chickens and his beautiful clutch of perfect poultry were well known all along the border lands for taking all the awards at every agricultural show. They brought an appreciative glint to every fowl judge’s eye.

His secret was the way he treated his birds; firmly and with respect, he kept his hand on the tiller always their guide in whatever they did. He’d watch over them all the long day through, showing them where the choicest morsels were to be had.

He had them as well trained as any army, they’d hang on his every word. And he was devoted to them, hen and cock alike he made sure they were put safe on their perches at night.

“One, Two, Three, Four
Go to your hutch and lay me a clutch”

He would command and they would listen, presenting him with the finest eggs all along the Welsh borders.

Some people said he loved those chickens more than he loved his wife. When she overheard the tittle tattle she thought she’d put him to the test:

“You spend all your time with those hens. Its about time you went out and earnt a living, or at least did your duty up in the House of Lords. Off you go to London, you can hire a man to look after your precious hens.”

Well, the Lord couldn’t really argue. With head hung low he agreed to put an advert in the paper “Henman Needed”. After reading through a number of letters from budding English tennis protégées he found just the man for the job, Old Tom.

Well, let’s face it, Old Tom was local and came rather cheap. He was well known as the laziest man in Chirk. But when push came to shove he was the only one left on the very, very short list and he got the job.

Old Tom took to his work with his normal enthusiasm. Within ten minutes he was fast asleep. He paid little or no attention to the chickens all the long day, waking only now and again from his reverie to sample a good strong ale. And when it came to home time he’d quite forgotten what it was he should have said to those hens to get them back to their Chirk Castle Hen House. He tried this, and he tried that, but those hens kept a peckin’ and had no time for the old timer’s voice.

Aching for his bed and frustrated with the insolent birds he quite lost his temper. He shouted,

I think the hens must have been impressed with his tone and knew he meant business because they did just what he said.

The next morning when Old Tom arrived at work there were no hens and no job for him to do. So he was sent home. And lucky for him too, because there was plenty to do at home with all those hens in his shed.

He didn’t complain though for from that day to this he has always had a good tasty egg for his breakfast.

If it is a fine day you can picnic by the side of the canal. From here you can walk through the canal tunnel (460 yards) or across the viaduct. !! Take care DO NOT let children of any age go alone !! It is also useful to take a torch with you through the tunnel, as the footpath is a little uneven. There are railings next to the water.

Or you can walk along the path through the woods between the railway station and Chirk Castle gates. The beautiful gates are topped with a red hand. The Red Hand of Chirk commemorates a rather gruesome race. The Lord of Chirk died without naming his successor. His two sons agreed to a swimming race across the lake.

The winner would inherit all. Alas for the stronger swimmer – his brother’s enthusiastic supporters cut off his hand just before he could touch the shore, so his brother won the race and gained the Estate.

In older days the family were not noted for their compassion. Legend states that if any prisoner can survive in Chirk castle dungeon for ten years the family will fail and the prisoner will gain the castle. No one has lived to test this claim.

Regular walkers can take an hour’s stroll up to the castle from just along the main road beside the gates using a permissive path (open in summer months). Follow the poles and take a map – just in case.

The story is modern. We traced it back to 2000 – when a similar tale was told about Powis Castle at a club in mid-Wales. We include it to show the continuity of storytelling in this area.

The song is a traditional folk tune. The lyrics use all the days of the week and aptly fit “Old Tom’s” character.