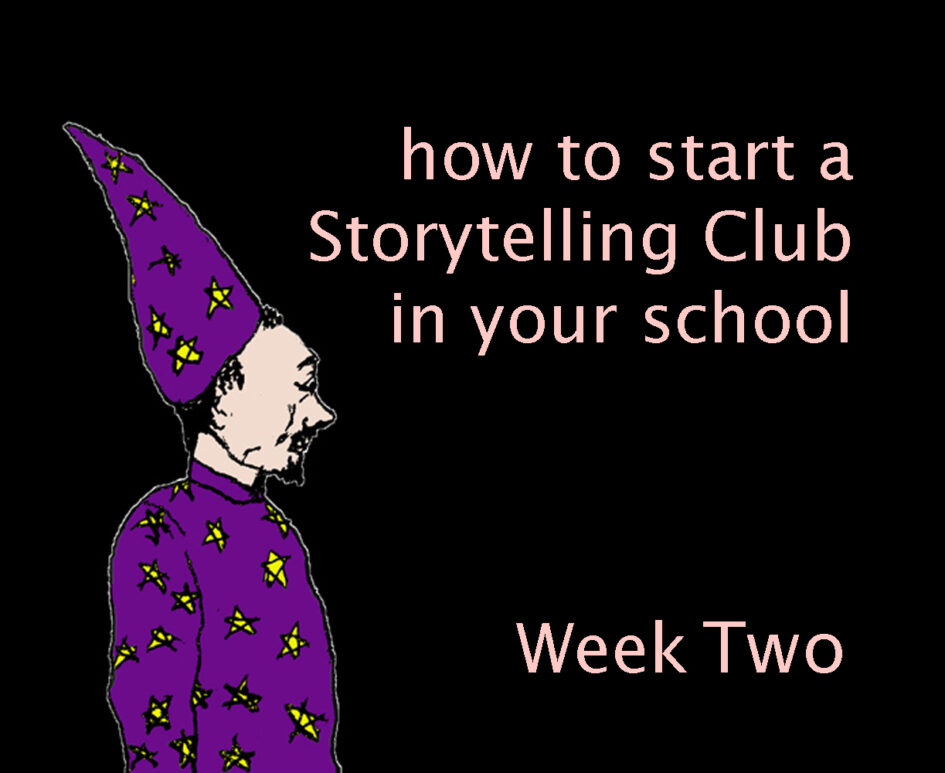 One of the key tools for a storyteller is relocation; picking up an existing story and adapting it for the site and situation they and their audience are in. This trick has been used for many, many years. When people were less well-travelled and knew little of other cultures, relocation was crucial to enable people to picture and relate to the story being told. It still works today, helping the audience to engage with the story.

This could be why you hear similar stories all over the world. Stories travel.

This is a good story to use at the start of your young storytellers’ practice because of the simple repetitive formula and the use of the repeated refrain. Don’t think of it as just a story for young children, this exercise lets them make it as funny or as scary as they like and works well with teenagers, too.

(1) Introduce the exercise by getting the whole group to agree a version of the story. Make a mental or written note, for future reference, of the characters and location of each scene

(2) Working as a whole group, relocate the story to a school: Change each character and location to reflect the school: eg: the old woman and man in their cottage become the cooks in the school kitchen.

(3) With younger children, Its a good idea to give each of the characters an action – eg: the school cleaner, waving her duster, ran after the Gingerbread Man. This helps with the sequencing, and also means that when the story is told the audience and the rest of the group can join in.

(4) Retell the story, either as a group one sentence each or with one person leading, but making sure everyone joins in the refrain and the actions.

Now turn the story on its head. Introduce the idea of the Gingerbread Man chasing the other characters.

(5) Split into small groups. After the Gingerbread Man runs amok, which character steps forward to save the day? Let each group choose their own hero, either from among the new characters or introducing a new one, and then give them time to develop the story in their own way. Emphasise that it could be a scary, or a funny, story

! These are non-contact games! ! No running! ! No moving objects!

Prepare a set of cards for each team. Each set should be a different colour on the front, where the words are printed and white on reverse.

(1) AT THE START OF EACH GAME shuffle all the cards and invite each participant to pick one. Tell them not to let anyone know the colour of their team or the role they will be playing

(2) Victims then identify themselves and their colour to the whole group.

GAME ONE – Creeping Up Behind You

Then brief the Villains.
They must slowly, silently and menacingly hunt down and close in on their team’s victim and surround him/her.
They then walk, with the victim in the centre, back to the inquisition chair.

The victim sits in the chair and the villains have to extract five words from the victim to describe how he/she felt while being hunted.

GAME TWO – Someone Is Stalking You

Then brief the Villains.
They must find their team’s victim, position themselves about 2 – 4 metres away, and covertly observe their victim.
They must keep the same distance from the victim and move whenever the victim moves.

After a few minutes: The victim is put in a chair and the villains have to extract five words from them to describe how they felt while then were being stalked.

Victims go and hide. Their task is to get back to the place of safety

The Villains then search for their victim, trying to capture him/her before the victim reaches the place of safety.

Once everyone is home: The victim is put in a chair and the villains have to extract five words from them to describe how they felt during the hunt.