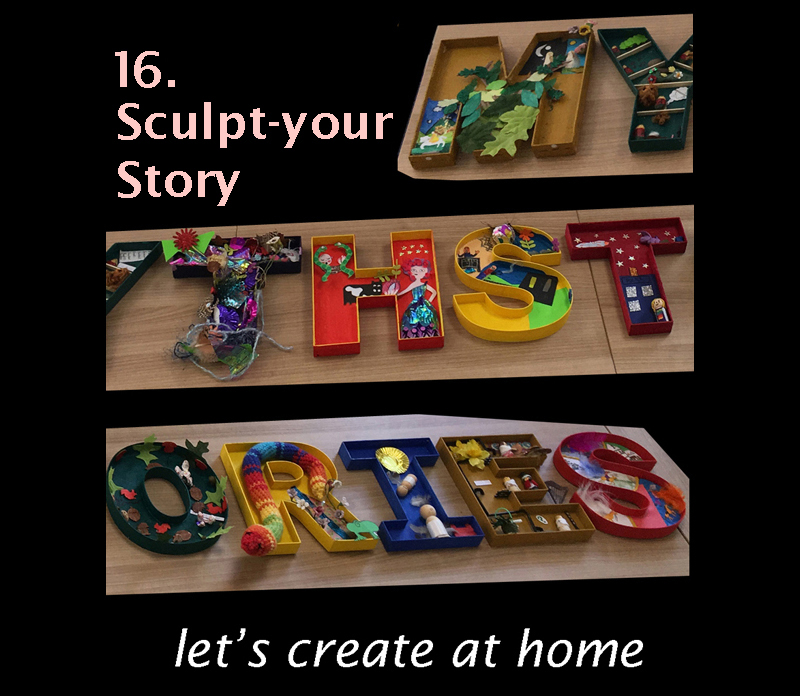 One of a series of challenges for home-educators.

This challenge is for you to create your own traditional-style story for a local piece of sculpture, you could then video yourself telling your story next to the sculpture.

Here is a video from 2001, yes twenty years ago, when Mythstories worked with a Wednesfield Village Primary School class to create a story for a new sculpture by artist Howard Bowcott to be unvieled on the nearby Wednesfield Way. The story is entitled “Jack Jacks of Wednesfield”.

Look carefully at the sculpture and you’ll find it’s more than the work of one man. Howard Bowcott helped the pupils of Wednesfield Village Primary School to create beautiful bricks inlaid with their own leaf designs to reflect the sculpture’s site fronting a small nature reserve.

One of the large bollards houses a time capsule enshrining the childrens’ hopes for the future and offerings of things precious to them in their daily lives.

Mythstories was called in to Nicky Slide’s class in 2000 to work with the children to create a story for the opening ceremony that reflected Wednesfield’s history, the sculpture and its location.

Wednesfield is at the heart of the Black Country and was the home of the trap and lock industries. The area is threaded with canals built to service the factories and take their produce far and wide.

Digging the canals was a mammoth task, hard physical work for very little reward. The hero of our story was one of these canal diggers known as navvies who ‘cut the cuts’ (dug the canals).

Howard Bowcott became fascinated with the words and homonyms shared by canals and sculpture; cut and cut, quay and key etc so Mythstories followed this theme while composing the story with the pupils. At the end of a day session in the school teacher Nicky Slide recorded Dez telling the story on a cassette machine. She used this recording to train the children to perform the story for the unveiling of the sculpture. The unveiling was delayed by six months and what makes the video above even more remarkable is that the pupils performed the story in their next school year to an audience of funders and local dignatories. We wonder how many of those pupils are practising storytellers today.

Our thanks go to Wolverhampton City Council for making the funds available for us to participate in this project.