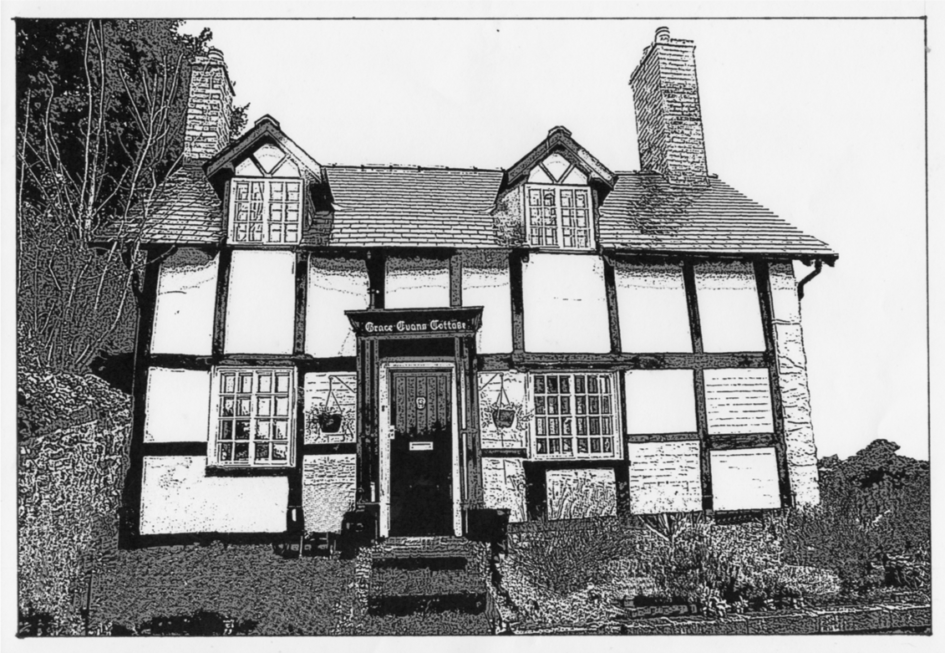 Lady Winifred travelled to London to free her husband, the Earl of Nithsdale, imprisoned in the Tower of London. Winifred and her maids visited the Earl. Her plan was to sneak him out in women’s clothes, to the Earl’s embarrassment. When a petition of pardon failed to release the Earl, the plan went ahead. Winifred dressed the Earl as a maid. Winifred and her ‘maids’ walked out of the Tower unchallenged. She and the Earl went to live in exile in Rome, but the maid, Grace Evans, was given a cottage in Welshpool.

No-one attempted a video telling of this story during our project. The story is an historical tale. If you fancy telling it search for information on William Maxwell, 5th Earl of Nithsdale. William was a Scottish Catholic nobleman, his connection to Powis Castle and Montgomeryshire was his wife Lady Winifred Herbert the daughter of the Earl of Powis. Lady Winifred’s maid, Grace Evans (who loaned her clothes to save William from execution) was Welshpool born and bred.