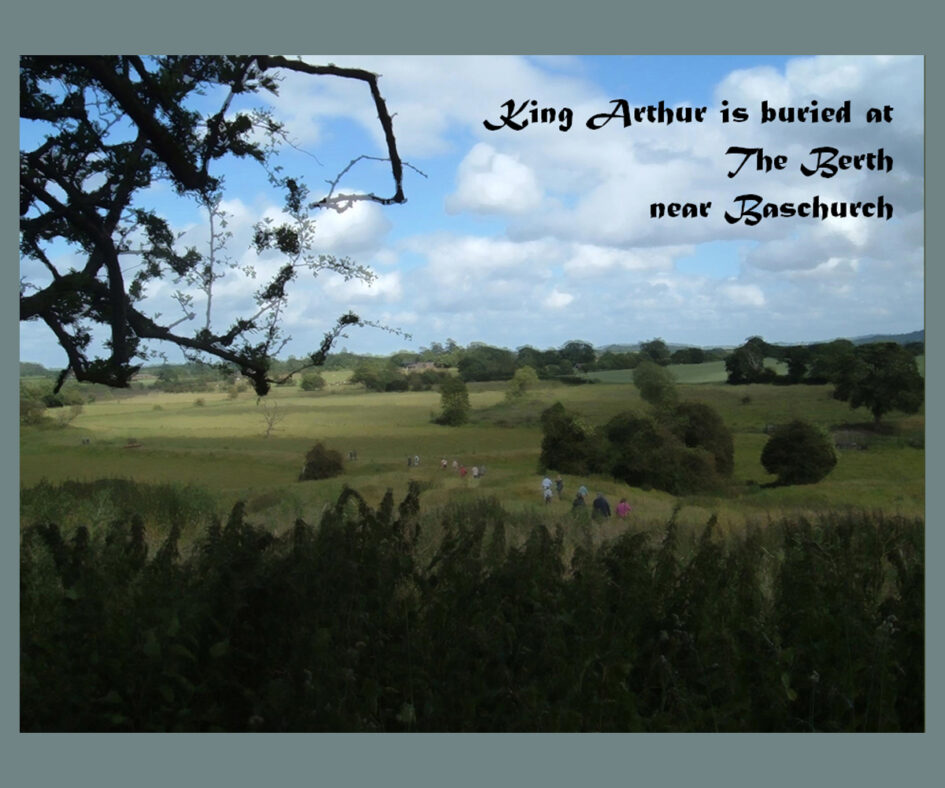 These canvas prints show the principal locations in and around the County of Shropshire, where stories of King Arthur and his knights are still told.

A 17th site is the old ford on the River Severn known as Rhyd-y-groes although it is about a mile away from the area above now known as Rhyd-y-groes. The story of Arthur’s encampment there prior to his last battle featured in the “The Dream of Rhonabwy”. This story can be found here.

The canvas panels were displayed at Mythstories in the Reception at University Centre Shrewsbury from 2019 to 2022 and are now part of Mount Pleasant Primary School ‘mini museum’, in Shrewsbury.

Also in 2019 Mythstories sent storyteller, Jake Evans, on a quest to visit all these sites. He bicycled over 170 miles in three days, telling the stories to members of the public he met en route.

He also filmed the sites and, of course, videoed himself telling the stories in situ. His story can be found in full on Facebook. Search for Mythstories – King Arthur’s Shropshire, or see https://mythstories.com/stories/king-arthurs-shropshire/ for the highlight reel and more information on the stories.

Mythstories also organised a public research session at Shropshire Archives, when participants studied maps of the sites to look for other clues as to why the stories are associated with these places. For example, participants unearthed a map which names the fields near The Berth (the traditional burial place of the Princes of Powys, as well as King Arthur) as ‘Jongleur’s field’ and found that ‘Jongleur’ was the medieval word for a magician. Could Court bards or even Merlin be buried here? These maps and other material helped participants understand how the landscape would have appeared in the 6th century – the time of the stories.

The canvas prints, Jake’s quest and the archive session were funded by Arts Council England as part of Mythstories‘ project “raison d’etre”.

If you want to delve into the research which backs up Shropshire’s claims to be the home of the King on whom this legend is based, please consult ‘King Arthur – The True Story’ by Graham Phillips and Martin Keatman, ISBN 0099296810.